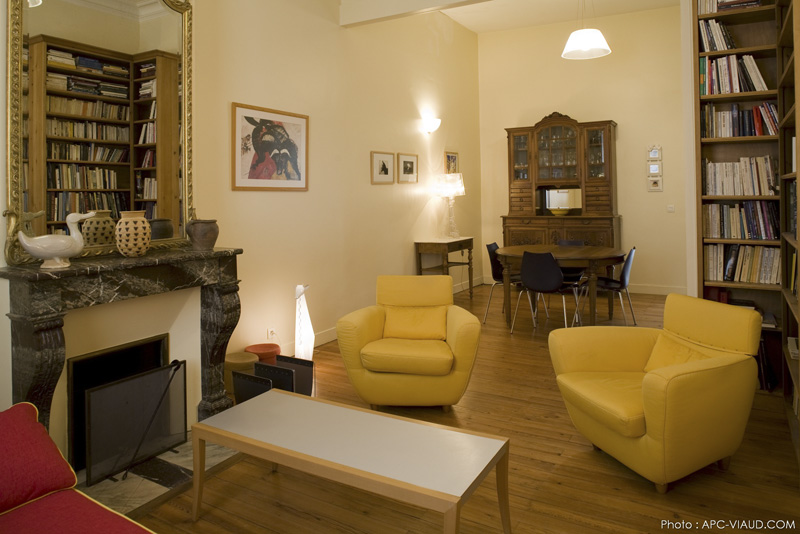 The press is talking about La Villa Bordelaise! Find extracts from articles inspired by our typical stall with its two guest rooms in the heart of Bordeaux.

“Bernard Lartigue, winegrower (…) had the idea of ​​opening a town house, called La Villa Bordelaise. Installed in a traditional shop entirely refitted, the two rooms invite to rest, between two walks in town, unless you prefer the charm of the garden to read, the shade of the cherry tree where, without the least vis-à-vis, you can enjoy the calm and this cozy atmosphere. Well done for this initiative. “

“After having opened Les Cinq Sens, a prestigious guest house located in the heart of the domain in Listrac Médoc, Château Mayne Lalande offers a guest house in Bordeaux to enhance the stay of wine tourists passing through the region. It is in a beautiful stall, a typical Bordeaux house from the beginning of the 20th century, 10 minutes from the city center, that the Villa Bordelaise and its two bedrooms are established, in a quiet environment with terrace and garden without vis-à-vis. screw.”